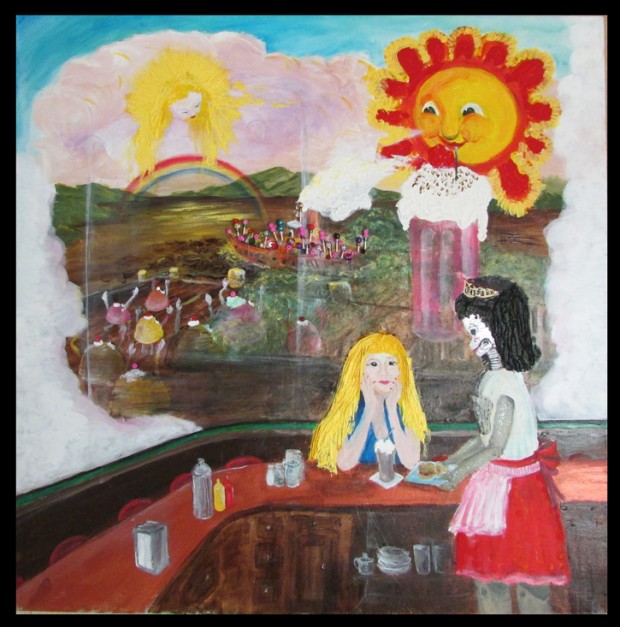 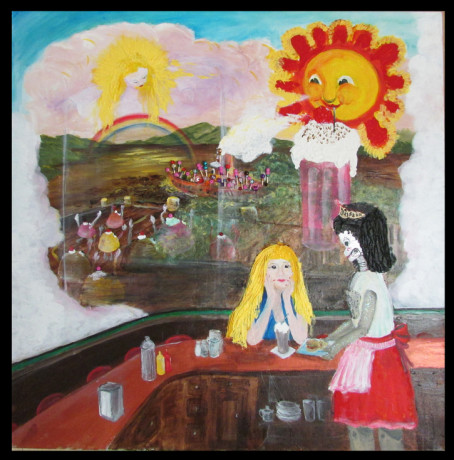 Reflection: The idea of this art piece is to communicate the idea that being alone can be a good thing. Hence, I communicated this idea through a girl placed in her own paradise. In this art piece, she is lost in her imagination and creating her own utopia. Though the art piece is 2D, I decided to place emphasis on the imaginative elements by creating tactile texture. I used my own creativity to create the art piece just like the girl presented in the piece who uses her creativity to create her idea of paradise. Similarly to the artist Wayne Thiebaud, I illustrated everyones’ love for candy through a candyland. I was also greatly inspired by Edward Hopper’s Nighthawks, and his focus on color and technique in composition to communicate his idea. Similarly to Hopper, I created a cafe with huge windows, and used bold, vibrant colors to create the mood of happiness. I found myself also influenced by the artist Florian Maier- Aichen and his technique of creating a path in his pieces to have the viewers imagination wonder and expand from the piece. In my piece I created a ship with lollipops made out of beads and toothpicks to lead the viewer between the mountains and under the rainbow to a place the viewer gets to create.